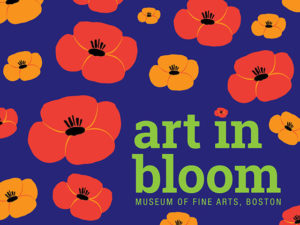 The Junior League of Boston celebrated the return of Spring and all the amazing spring growth that comes with it at the Art in Bloom event at the Museum of Fine Arts on April 26th. The event pairs both fine arts and flower arrangements donated from around Massachusetts, including a flower arrangement from JL Boston. Sustainers Kirsten Alexander and Audra Dainora arranged the flowers in honor of the 90th anniversary of our Garden Club. 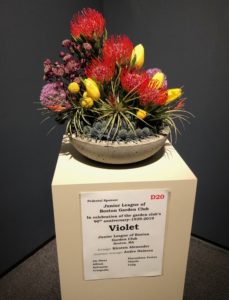 The arrangement donated by the JL Boston Garden Club in celebration of their 90th anniversary.

The preview of the freshly installed arrangements was courtesy of the JL Boston Garden Club, run by our Sustainer members. JL Boston members were able to attend a private tour discussing the arrangements as well as the art pieces that inspired them around the museum. All arrangements included a list of ornamental plants that were included in the arrangement; the pieces were not just pleasing to see but also extremely educational!

The Garden Club celebrates Art in Bloom each year. If you are interested in flowers, fine art, and how the two can come together in harmony, watch for next year’s tour on our member calendar!