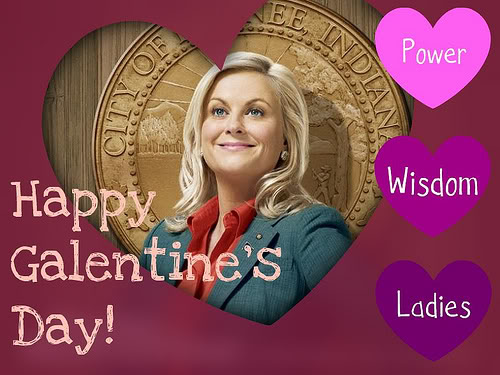 What’s Galentine’s Day you ask?  It’s a holiday invented by Leslie Knope, Amy Poehler’s character on the NBC show Parks and Recreation, to celebrate her female friends and to show them how much they mean to her.  It is intentionally close to Valentine’s Day (February 13, to be exact) to ensure that we don’t forget our platonic friends when we are gearing up to celebrate our romantic partners.  Because the show itself is about strong women (and their equally strong male co-workers) passionately improving their communities, the holiday also celebrates their strength.

At the Junior League of Boston, we celebrate the power of women building a better community every day.  To celebrate Galentine’s Day, we would like to recognize women in (and from) the Boston area who are working tirelessly to make their communities stronger, including:

So raise a glass to the wonderful women you know and appreciate what they are doing to make Boston (and the world) a better place! While you’re at it, tell us in the comments, on Facebook, and Twitterwhat Boston women you’d like to celebrate for Galentine’s Day.

– Lyn Huckabee joined the Junior League of Boston in 2004.  In addition to blogging for the organization, she also mentors members in their first year.